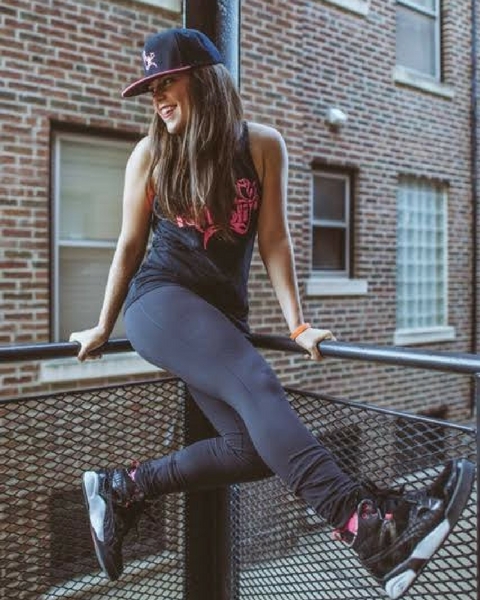 NiMoLi stands for Nikki Molina; a nick name given to Nikki at the age of five and stuck with her through her dancing years. So it’s now the name of her studio. Nikki Molina began dance at the age of three studying tap and ballet.

While attending University of Arizona, Nikki studied jazz, modern, ballet, african, and salsa.  She was a member of the University of Arizona Pomline, and performed with two hip hop crews. Next stop, Los Angeles, California.  Here Nikki attended 100’s of auditions for stars such as Justin Bieber, Chris Brown, JLo, Backstreet Boys, Lady Gaga, and more.  She was fortunate enough to land gigs such as Vegas Week Season 10 of So You Think You Can Dance, Zendaya’s Disney music video “Dig Down Deeper”, blockbuster film “FreakDance”, and Toddrick Hall’s Youtube series “Popstar High”. Nikki returned to St. Louis in 2013 cherishing the lessons of dance she had experienced thus far and wanted to share it in her own way.  Then NiMoLi LLC was born! 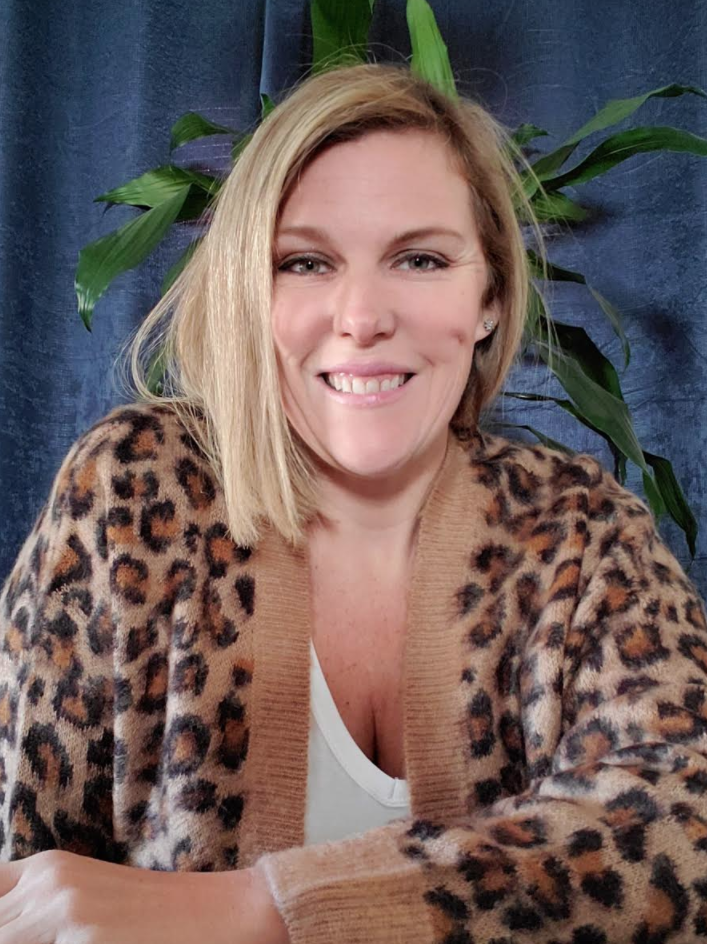 Lindsey handles the administrative duties for NiMoli Studio, she is also Nikki’s sister. She received a Bachelors Degree in Finance & Economics from the University of Missouri-Columbia. She works full time as an archavist & media transfer tech. She enjoys traveling and spending time with family, friends & her pups.  Lindsey has been with the studio since January 2016. 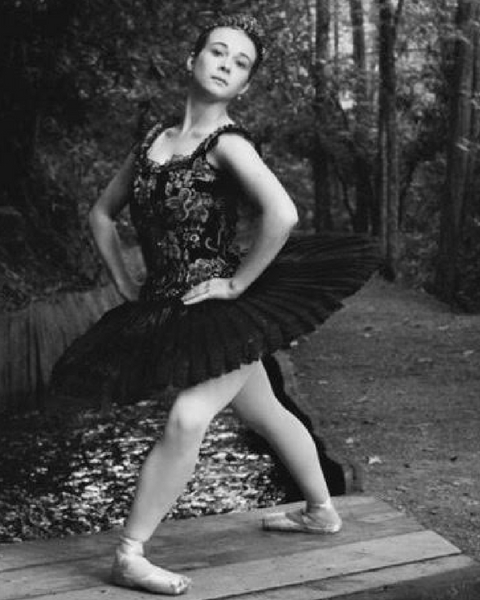 Mary Virtue, a native to Saint Louis, began her training at a young age at Dayspring School of the Arts, and had the benefit of receiving a wide range of training in ballet, jazz, modern and tap. She continued her training at Ballet Magnificat!

In 2010, Mary became a company member of Common Thread Contemporary Dance, under the artistic direction of Jennifer Medina. Being a part of Common Thread allows Mary to continue to grow both technically and artistically in a professional environment.

With over 5 years of teaching experience, Mary has had the joy of teaching a variety of levels and styles of dancing. Working with different age groups, from three year olds to intermediate and advanced dancers, has made her a versatile and knowledgeable instructor. 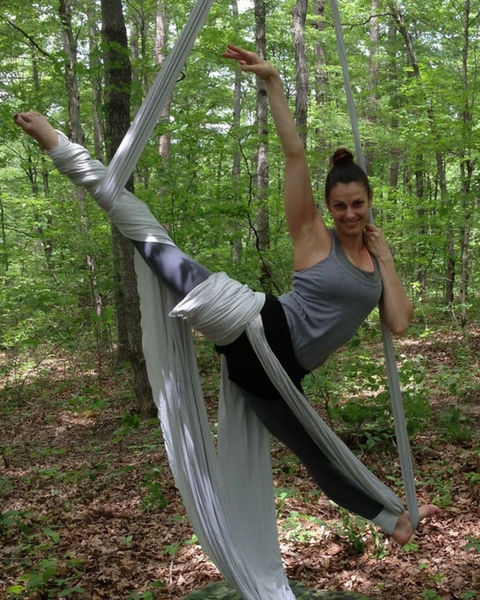 Colleen Marie teaches Aerial, Jazz and Ballet for NiMoli Studio. She has been dancing and performing since the age of four.  Colleen has experience in numerous styles of dance including ballet, tap, jazz, lyrical, pom, hip hop, and modern.

Before attending the University of Missouri-Columbia where she was a member of the Golden Girls, Colleen spent the summer as an instructor for Universal Dance Association where she taught and choreographed routines and judged dances performed by high school teams.

In more recent years, Colleen Marie has continued to expand her dance knowledge and performance skills.  She attends conventions and frequents workshops to stay up-to-date on the current trends of dance.  She judges the St. Charles Classic Dance Competition at St. Charles High each year.

Colleen is employed by Talent Plus as an entertainer where she performs everything from dance to aerial silks.  Her passion for the aerial arts has brought her to new heights with her teaching career.  She is currently enrolled in an aerial teaching certification program through the New England Center for Circus Arts in Vermont where she works closely with a mentor to continuously improve her safety and teaching skills. 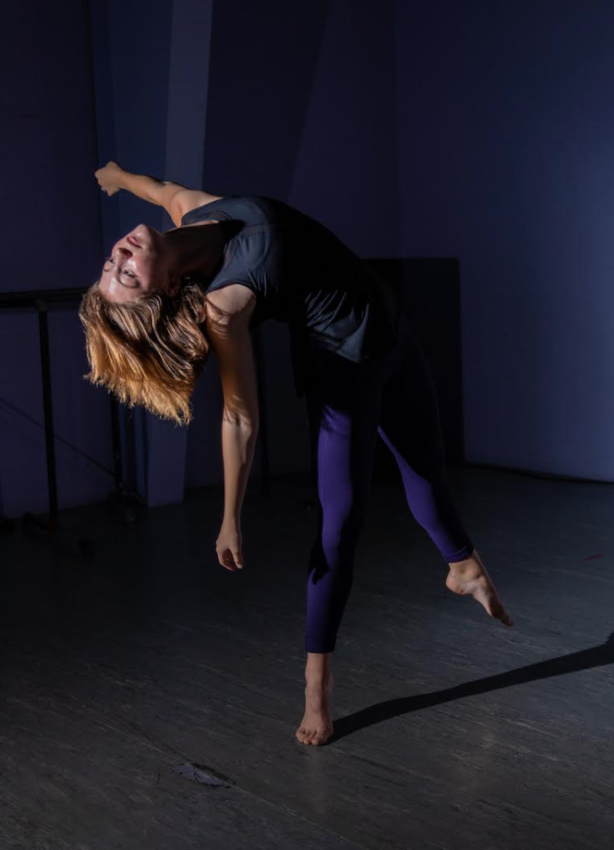 Mary Grace is an extremely talented dancer, she has been competing since the age of three. She has won numerous competition scholarships for her unique contemporary movement & ballet technique. She currently attends Marymount University in Manhatten. Due to Covid she is staying local this semester and we are lucky to have her. 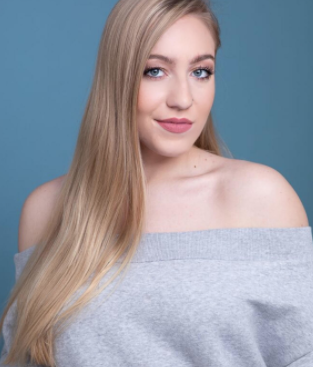 Mary Kate Chapman is a dancer who trained and excelled in competitive dance in Saint Louis growing up. Her emphasis is on multiple styles of dance with a focus on jazz and contemporary. Mary Kate also was a member of her high school dance teams in the Saint Louis area and won a state title and a national championship. She is currently studying at The American Musical and Dramatic Academy College of the Performing Arts in New York City and Los Angeles to earn her BFA in Dance. 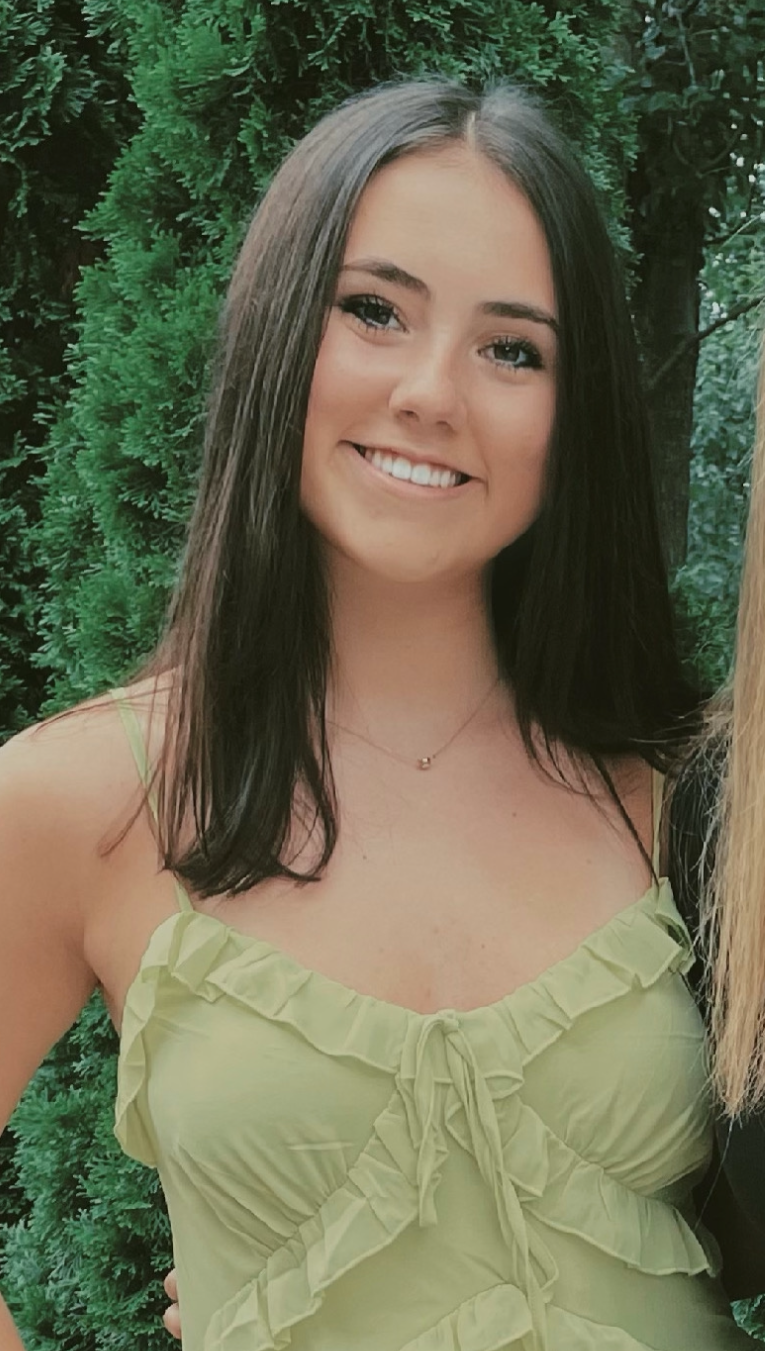 Chloe has been dancing since she was 3yrs old and started competing at age 8. Her first competitive team was Nimoli’s first hip hop crew. Since then she has been in love with the art of dance, especially hip hop. She has danced with Nikki since the very beginning of NiMoli and now is excited to be a faculty member. Dance has been apart of her life for many years and many more to come! 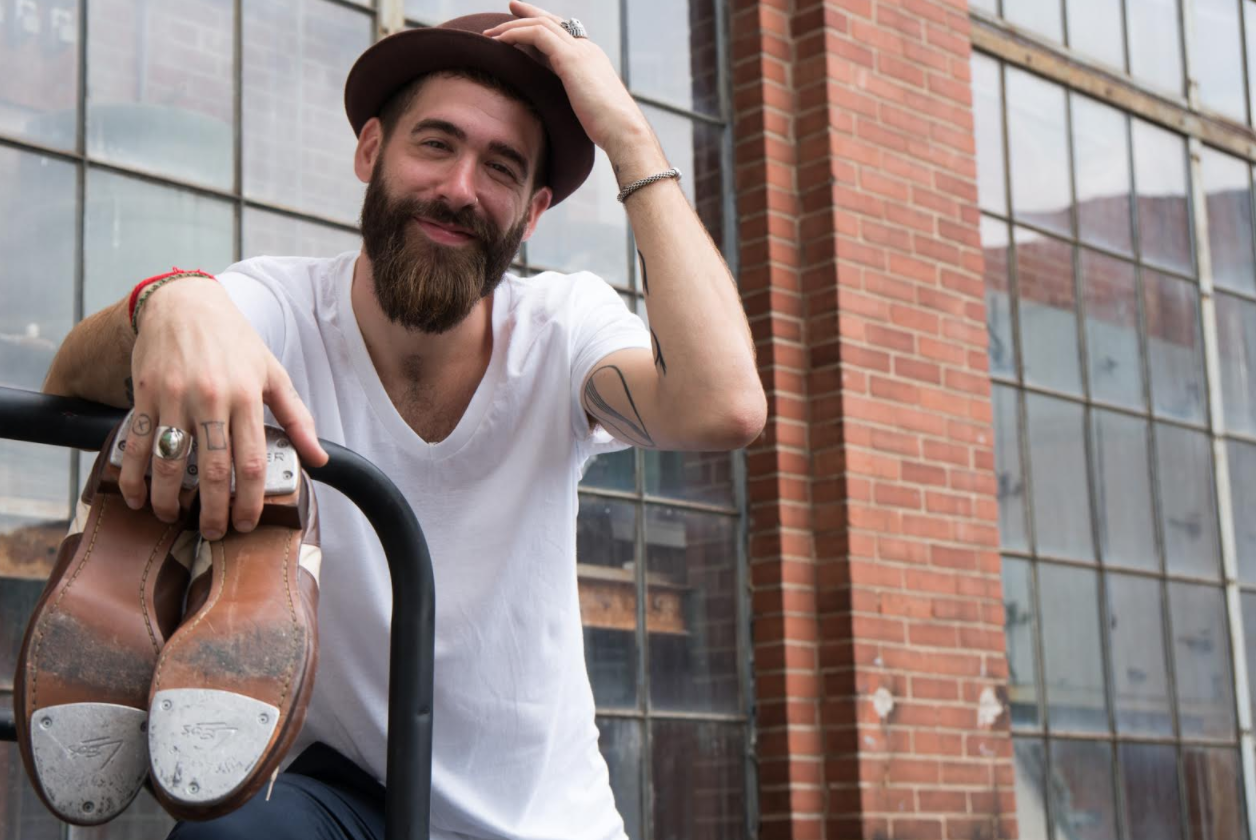 At 15 years old, Anthony went to an 18+ Equity audition for “Anything Goes” at The Muny in St Louis, MO and booked the gig. That experience absolutely set the tone for the years to follow. He once crashed an agent-only audition for Cirque Du Soleil in New York with a smiley face drawn on paper as a headshot and booked the gig. It was this sheer will to perform that also landed him his first touring contract in 2001. Russo left high school just before the start of his senior year and joined the 6th National Tour of Tap Dogs. From 2003-2013 Russo resided in New York City, performing everywhere from the NYC Subway to Carnegie Hall and Radio City Music Hall.

In addition to his performance credits, Anthony produces tap dance education programs throughout North America under his touring company, @TapTheMap, and an annual event in St Louis, MO, @ShowMeTapFest. In 2013, Russo was awarded Outstanding Young Missourian by The Missouri Junior Chamber Of Commerce for his contributions to dance education nationwide. His touring company, “Tap The Map”, received acknowledgment from The Missouri House Of Representatives for facilitating over $75,000 in scholarships to students around the US and Canada. 17 years later, Russo just wrapped up another World Tour of Tap Dogs where he played the lead role of The Foreman and Dance Captain for the company. In addition to his dance credits, you can find Anthony’s original music on all digital music platforms. When not on the road, he is based in St Charles, MO. 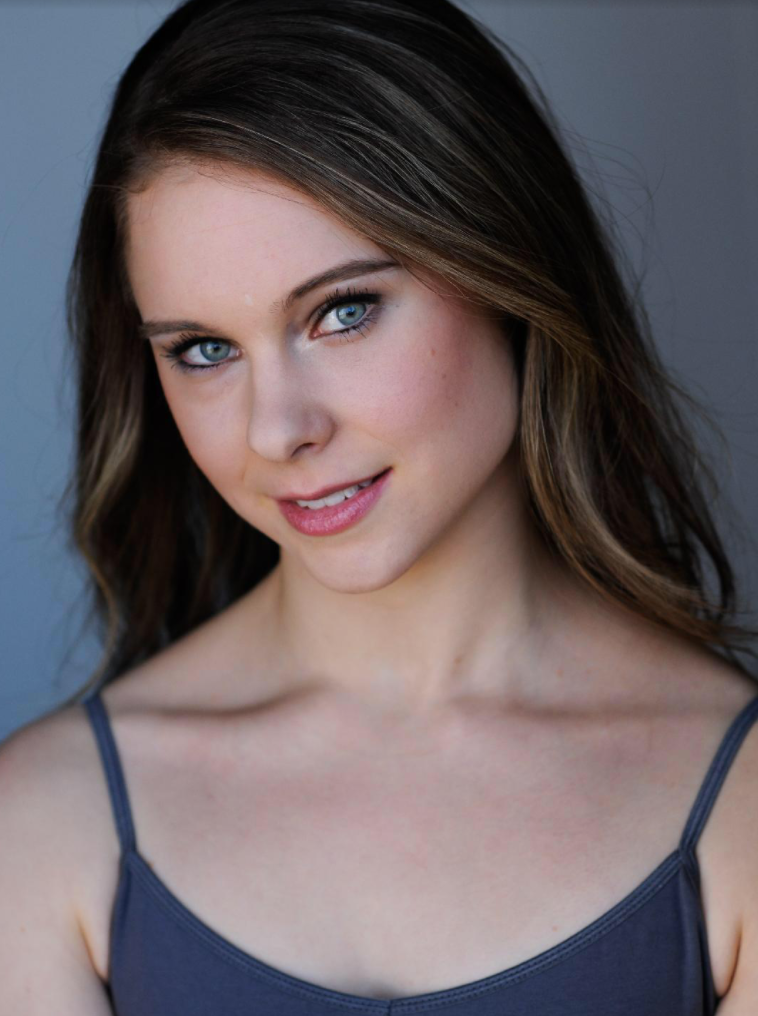 Allegra Holland first stood at the Ballet barre when she was ten years old. Training locally with Dayspring school of the arts and going on to receive scholarships with Joffrey Ballet and Ballet West trainee programs. For the last decade Allegra has been performing with professional Ballet companies such as Oklahoma City Ballet, Ballet Quad Cities and Albany Berkshire Ballet as well as teaching ages 5 to adults in three different cities. This has been her first year working at Nimoli and is excited to see what more the Fall holds for these hard working students! 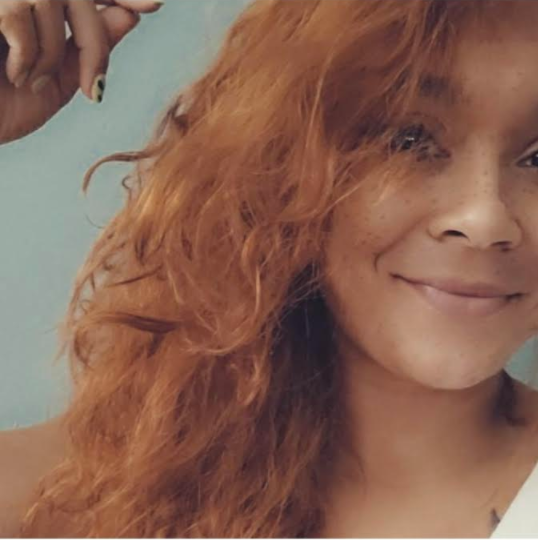 Crystal Brown grew up in St. Louis where she began dancing at Charmette Academy of Dance. She then joined their competition team competing regionally and nationally in many dance competitions across the US. Crystal was fortunate enough to be trained by some of the leading professionals in her industry, such as Robert Reed, Corey Finn, Mark Goodman, Avi Miller, Ofer Ben, and many more. In 2011, she decided to take her dream to Los Angeles, where she became part of The FYV (Find Your Voice) tap company! Crystal was able to expand her knowledge in the tap world by learning from many amazing dancers.

She then decided she wanted to work her way into the fitness industry. That is when Crystal enrolled at Southern California Health Institute. There she earned herself a Personal Training Certification through the NASM program. After finishing she was able to land a job at Cardio Barre in Studio City, CA as a barre instructor. She is excited to share all that she has learned through the years with everyone! 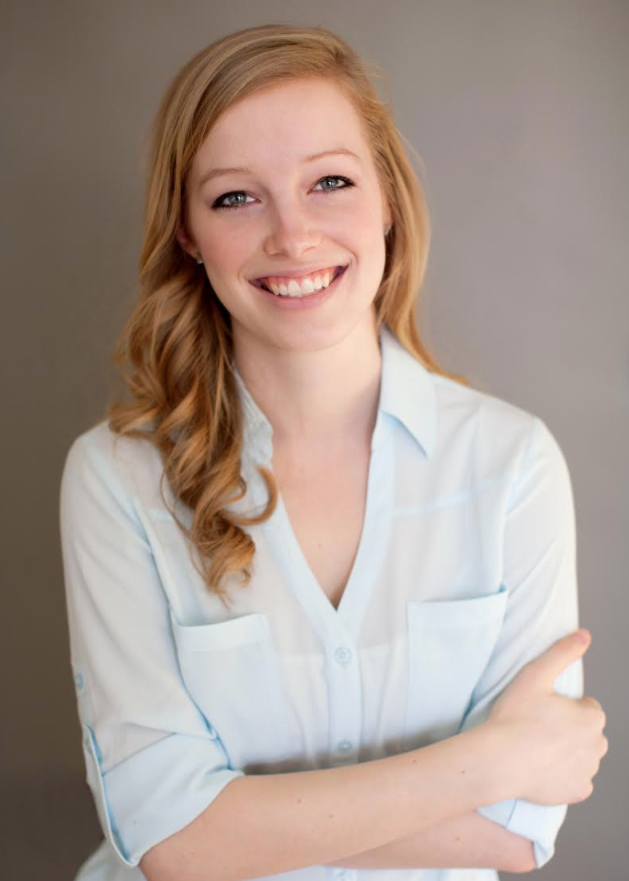 Laura Roth is a native of Jacksonville, IL and a summa cum laude graduate of Southeast Missouri State University where she earned a BA in Dance and a minor in Religious Studies. In addition to teaching at Nimoli, Laura teaches at STAGES Performing Arts Academy, Gateway Center of Performing Arts, and DaySpring School of the Arts and choreographs community and high school musicals regionally. Laura has been a company member of Common Thread Contemporary Dance Company under the direction of Jennifer Medina since 2013 and has had the pleasure of working as a dancer and/or choreographer on freelance projects with ANNONYArts, Masterworks Chorale, Karlovsky & Company Dance, Faith Church, St. John Church and more. While attending Southeast, she danced with pH eXchange Dance Theatre under the direction of Philip Edgecombe and Hilary Peterson and choreographed multiple works for Southeast’s main-stage productions.